Laboratory of Microbial Ecology and Evolution

Freshwater habitats are critical for all terrestrial life, yet the vast majority of their microbial inhabitants (pro- and eukaryotes) remain enigmatic, outside the bounds of cultivation. The recent development of novel cultivation methods, coupled with advances in sequencing now provides an opportunity to finally unravel freshwater microbial diversity. The PELAGICS project plans a coordinated pan-European sampling campaign (70 lakes) with 24 collaborating scientists from 16 European countries. With novel media mimicking natural conditions and semiautomated high-throughput isolation we aim for stable cultivation and whole-genome sequencing of 500 prokaryotes and 50 unicellular eukaryotes. Moreover, terabyte scale deepmetagenomic sequencing (ca. 18 TB) will allow recovery of thousands of metagenomeassembled genomes for pro-, eukaryotes and viruses. This large-scale effort will finally uncover the microbial diversity (pro- and eukaryotes), their natural interactions and ecological roles in aquatic food webs.

Viruses are the most abundant biological entities on the planet, at least one order of magnitude more numerous than their host microbes in aquatic environments. Despite their abundance, studying viruses via cultured isolates remains challenging owing to the complexities in obtaining axenic cultures for the abundant microbial groups. The situation is even more acute for freshwaters where the availability of such pure cultures of the dominant phyla is still rather limited. We propose a long-term metagenomics based approach in two well-studied freshwater habitats to enable a first glimpse of the important double-stranded DNA bacteriophages in freshwaters. We will link these uncultured phages to their host both using existing sequence based approaches and also develop novel methods. In particular we will focus on life strategies of free-living viruses developed in the process of co-existence with the host microbes. Moreover, important insights into factors affecting seasonal dynamics of phage and host populations and global biogeography of freshwater phages are expected.

Evolutionary strategies of freshwater phages and their impact on carbon cycling 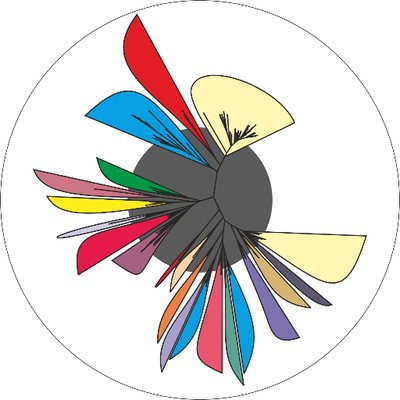