Research at the Department of Aquatic Microbial Ecology is focused on freshwater microscopic organisms. Of interest are two main groups of aquatic microorganisms that differ in function. The first group, the autotrophs, consist of microscopic algae and cyanobacteria which are jointly referred to as phytoplankton. They are responsible for creating new organic matter via photosynthesis. The second group, the heterotrophs, are the bacteria and the protozoa which, on the contrary, co-operate on the decomposition of organic matter. water habitats are critical for all terrestrial life, yet the vast majority of their microbial inhabitants (pro- and eukaryotes) remain enigmatic, outside the bounds of cultivation. The recent development of novel cultivation methods, coupled with advances in sequencing now provides an opportunity to finally unravel freshwater microbial diversity. The PELAGICS project plans a coordinated pan-European sampling campaign (70 lakes) with 24 collaborating scientists from 16 European countries. With novel media mimicking natural conditions and semiautomated high-throughput isolation we aim for stable cultivation and whole-genome sequencing of 500 prokaryotes and 50 unicellular eukaryotes. Moreover, terabyte scale deepmetagenomic sequencing (ca. 18 TB) will allow recovery of thousands of metagenomeassembled genomes for pro-, eukaryotes and viruses. This large-scale effort will finally uncover the microbial diversity (pro- and eukaryotes), their natural interactions and ecological roles in aquatic food webs.

Actinobacteria of the acI lineage (Ca. Nanopelagicales) are ubiquitously present and often among the most abundant microbes in freshwater lakes around the globe. While several hypotheses for their success have been advanced based on culture independent approaches, most remain untested owing to a lack of cultures. Isolation efforts based on the recently reported first successful cultivation of acI strains enabled us to isolate more strains from this group. Here we propose to expand this culture collection and test isolates for physiological and genomic differences related to environmental factors to determine their ecological niches and ecotype diversity. We will address hypotheses pertaining to protection against eukaryotic grazing and phage infection and their interactions with co-occurring auto- and heterotrophic bacteria. Finally, we will examine if their success can be explained by their ability to use light as energy source and its effects on their physiology. Our results will greatly enhance our understanding of the ecological role of this important group.

The proposed research investigates the ecology of acI actinobacteria, one of the most abundant group of freshwater bacteria. Specifically, we will examine niche separation between strains; their interaction with grazer, phages, and sympatric bacteria; and its potential for photoheterotrophy.

From dark to dark: do bacterial ‘seeds’ from subsurface habitats find their place in lake hypolimnia?

The mechanisms underlying species distribution in metacommunities represent a challenging topic in microbial ecology. Although the interactions between species-sorting, mass-effects and neutral processes in planktonic communities of surface waters are well understood, both the microbial communities in deeper lake strata (hypolimnion) and mechanisms influencing their assembly are largely unknown. Moreover, the role of groundwaters in formation of freshwater communities remains enigmatic. We aim to uncover microbial community composition and assembly mechanisms during transfers from soil to soil water and along continua of subsurface vs surface streams to a deep lake using amplicon sequencing and metagenomics. Additionally, compositional and functional differences between bacterial assemblages from subsurface vs surface flows, along with accompanying environmental alterations will be investigated. We hypothesize that communities formed by surface and subsurface streams are distinct and subsurface streams provide successful ‘seed’ phylotypes for aphotic, deep lake strata.

The aims of the project are: (i) To test microbial community assembly concepts known for surface waters on subsurface counterparts. (ii) To quantify the contribution of bacterial communities of surface and subsurface flows to communities of different lake strata. (iii) Expand these results to different karst regions in Europe.

Who eats whom and when? Zooming-in on alternative energy transfer pathways in planktonic food webs of shallow lakes

Freshwater planktonic food webs (FW) are crucial for understanding of energy and material flow among organisms in the water column. Though theory on FW structure and function is advancing rapidly, it remains poorly resolved and based on relatively simple systems in stratified lakes. Shallow polymictic ecosystems such as hypertrophic fishponds, however, seem to support more complex communities of immense biodiversity. Based on our preliminary results, we hypothesise that, contrary to the widely accepted plankton ecology paradigms, methane-oxidising bacteria, picocyanobacteria, and fungal zoospores are important players in the transfer of energy to higher trophic levels in hypertrophic lakes. The flow of energy from primary producers to higher trophic levels through the ‘classical FW’ is reduced here, the microbial FW is the main component, although likely less efficient due to more trophic levels and consequent energy losses. To unravel these complex interactions at a sufficient level of resolution, a combination of modern molecular methods and multidisciplinary skills is planned.

We will use a unique combination of molecular, epifluorescence, and chemical methods to unravel complex interactions in planktonic food webs of the underexplored but important aquatic ecosystems at an unprecedented level of resolution.

Periphyton is ubiquitous in aquatic habitats and performs numerous environmental functions such as nutrient cycling and self-purification of aquatic ecosystems. Less attention has been paid to the investigation of periphyton than of plankton, although in many ecosystems periphyton forms higher biomass. One of the less studied ecosystems are oligotrophic lakes, especially those founded antropogenetically. In the Czech Republic, there is a unique series of 3 anthropogenic oligotrophic lakes of gradual successional age, which were created during the recultivation after coal mining. Even though one of them, Medard, is the largest lake in the Czech Republic, data on primary production, diversity and functions of periphytic community are missing. The proposed project will investigate the rate of primary production during the season and along the successional chronosequence of the lakes, species diversity and dynamics of the development of periphyton, its functions in the nutrient cycling, with a special focus on the fate of phosphorus, which is the limiting nutrient in investigated lakes. 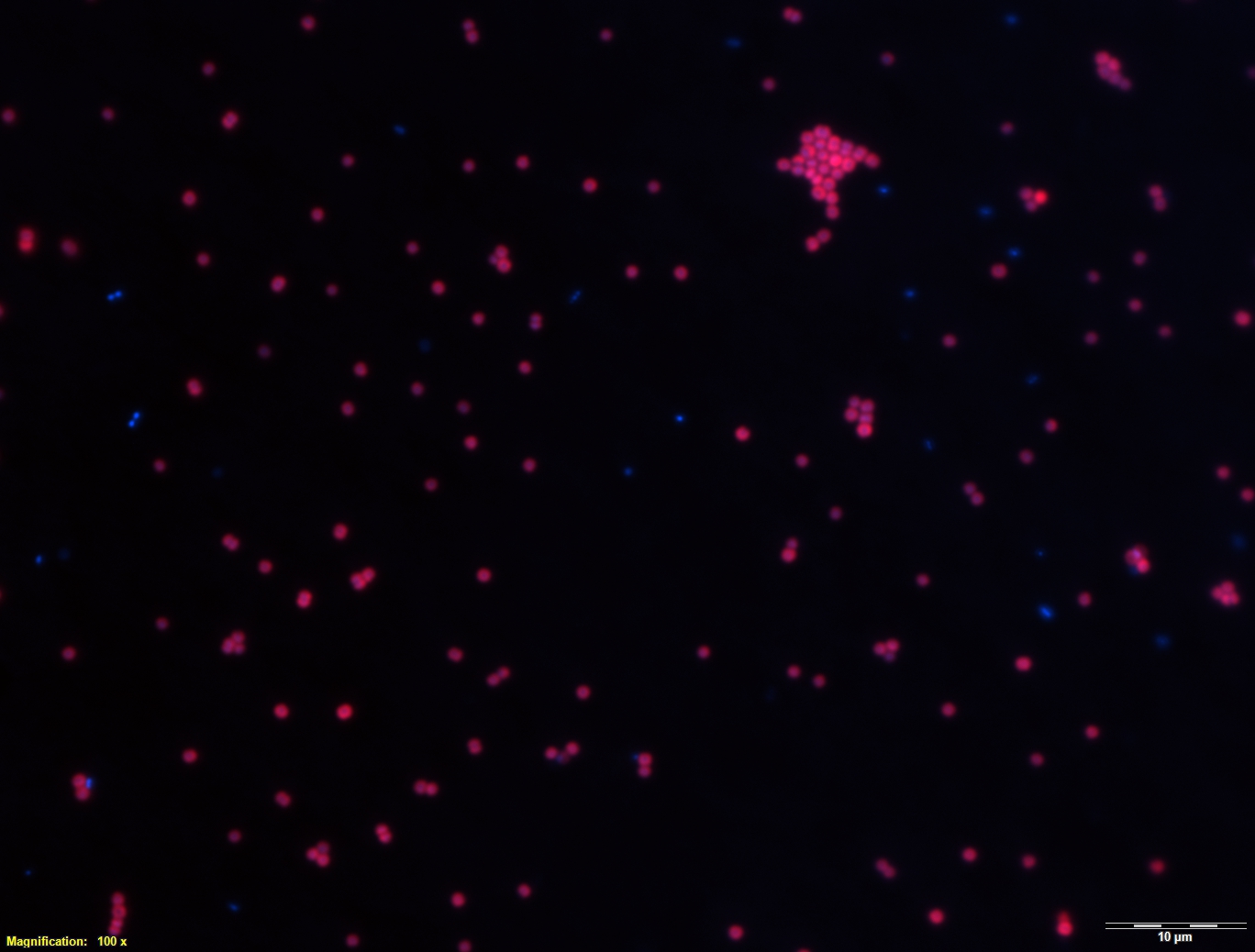 Although picocyanobacteria (Pcy) are viewed as one of the quintessential players in the Global Carbon Cycle (through fueling World’s Oceans primary production), our apprehension of their ecology in freshwater ecosystems strongly lags behind. We reason that one of the main impediments in elucidating their impact and importance, in lacustrine habitats, stems from the lack of means necessary to delineate ecologically-relevant taxonomical units (e.g. species and subspecies). Thus, we intend to surpass the existing taxonomical bottleneck, of microscopybased taxa description and 16S rRNA gene-orientated species delineation, through developing a robust genomic-centered classification framework. We intend to build on our existing freshwater Pcy collection (already containing more than 120 strains) and to use state-of-the-art shotgun sequencing in order to obtain approx. 100 high-quality genomes. This extent of genomic data will also provide the means necessary to track discrete populations in the natural environment (through CARD-FISH targeting) and disentangle their food web role.

We intend to develop a robust genomic-centred classification framework for freshwater picocyanobacteria. Phylogenomic reconstructions and genomes composition will be confronted with in situ population dynamics and a link-or-sink role in the food-web to create ecologically coherent taxa.

Avian vacuolar myelinopathy (AVM) is a fatal neurological disease of birds observed with an increasing frequency, threatening avian populations, including the iconic bald eagle. All evidence points at AVM being caused by a novel toxin produced by epiphytic cyanobacteria entering the food chain with water plants, finally causing the brain lesions in affected birds. We could isolate the toxigenic cyanobacterium in culture, purify the compound that is most likely causing AVM and determine its structure. In the current project we will confirm the identity of the AVM toxin, elucidate its biosynthesis, identify other coproduced cytotoxins, investigate environmental and anthropogenic factors driving the AVM toxin production, and design protocols for molecular detection of its producer. Localization of the toxin will be studied in a zebrafish model. The project will contribute to the understanding of AVM etiology, characterization of a novel cyanotoxin representing a potential threat for freshwater ecosystems or even human health, and development of techniques for its routine monitoring.

The aim of the project is to confirm the cyanotoxin causing avian vacuolar myelinopathy, elucidate its biosynthesis, and identify other coproduced cytotoxins. To find the factors driving the toxin production and design protocols for molecular detection of its producer. To study localization of the toxin in a zebrafish model.

Biomanipulation as a tool for the improvement of reservoir water quality 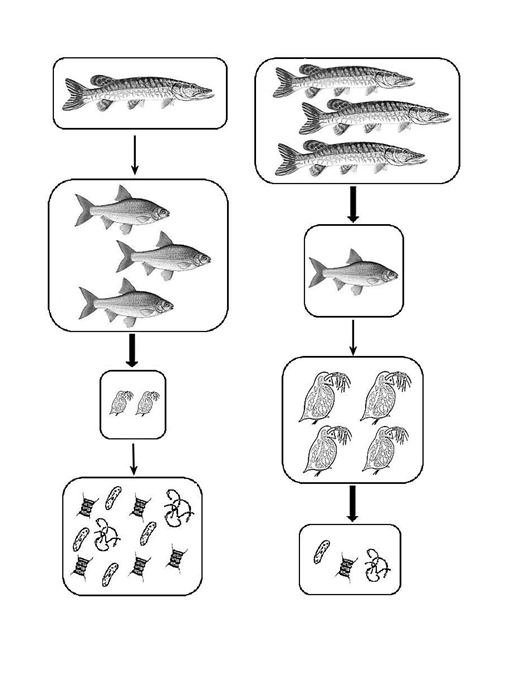 Water is the most important of global resources and therefore strong emphasis is placed on sustaining its high quality. Due to climatic changes, water resources are exposed to various climatic extremes and only healthy ecosystems with good ecological potential are able to withstand these changes. Surveys have shown that most of the reservoirs in the Czech Republic are in an unsatisfactory state and amendments to improve this situation will have to be implemented in the near future. Evaluation of the ecological potential has clearly shown that the cause of this negative state is eutrophication, stemming from increased loads of phosphorus and nitrogen into water bodies. A successful biomanipulation, or the achievement of better water quality through targeted changes in the food chain, requires interventions in the watersheds which lead to decreased nutrient loading into reservoirs as well as development of bulk reduction fishing. The aim of the project is a unique wholelake experiment with the monitoring of all of the important parts of the reservoir food chain before, during, and after a targeted manipulation. The project will evaluate the effect of reducing the stock of undesirable fish species and the proliferation of predatory fish species on specific trophic levels, and, ultimately on the improvement of water column transparency and water quality in selected reservoirs. The majority of the biomass of planktivorous fish will be removed from three model reservoirs differing in nutrient load (trophy). At the same time, predatory fish will be introduced. Detailed monitoring of the entire reservoir ecosystem from fish, zooplankton, fytoplankton, macrophytes, and bacteria to nutrients and reservoir metabolism will help uncover the effects of such a vigorous manipulation. The economic rentability of these biomanipulations will also be evaluated, with the aim to put into numbers the difference between the costs and the savings due to the improvement of ecological potential (Water Framework Directive). Other savings can include easier treatment of raw water in waterworks processing or an increase in the recreation potential. According to the Water Framework Directive, all European Union member states are expected to reach at least good ecological state of water bodies by the year 2027. Biomanipulation represents one of the important tools to fulfill this ambitious goal.

Ecology of phytoplankton in freshwater reservoirs