Drinking WAter Readiness for the Future

The Drinking WAter Readiness for the Future project benefits from a € 1 mil. grant from Norway and Technology Agency of the Czech Republic.

Increasing levels of Dissolved Organic Matter (DOM) is a large challenge for Drinking Water Treatment Plants. Surface water is the source for more than 50% of drinking water in the Czech Republic. In the region of South Bohemia surface water supports drinking water for more than 350 thousand people from the reservoirs and Otava River. Catchments of these sources will be characterized with respect to the sources of DOM and their temporal and spatial variability resulting in a map of DOM sources with future predictions. A methodology for outflow control in reservoirs to minimize the effect of flood events with high DOM levels will be developed. A cooperation among basin authorities, drinking water producers and Czech and Norway research partners will be established. 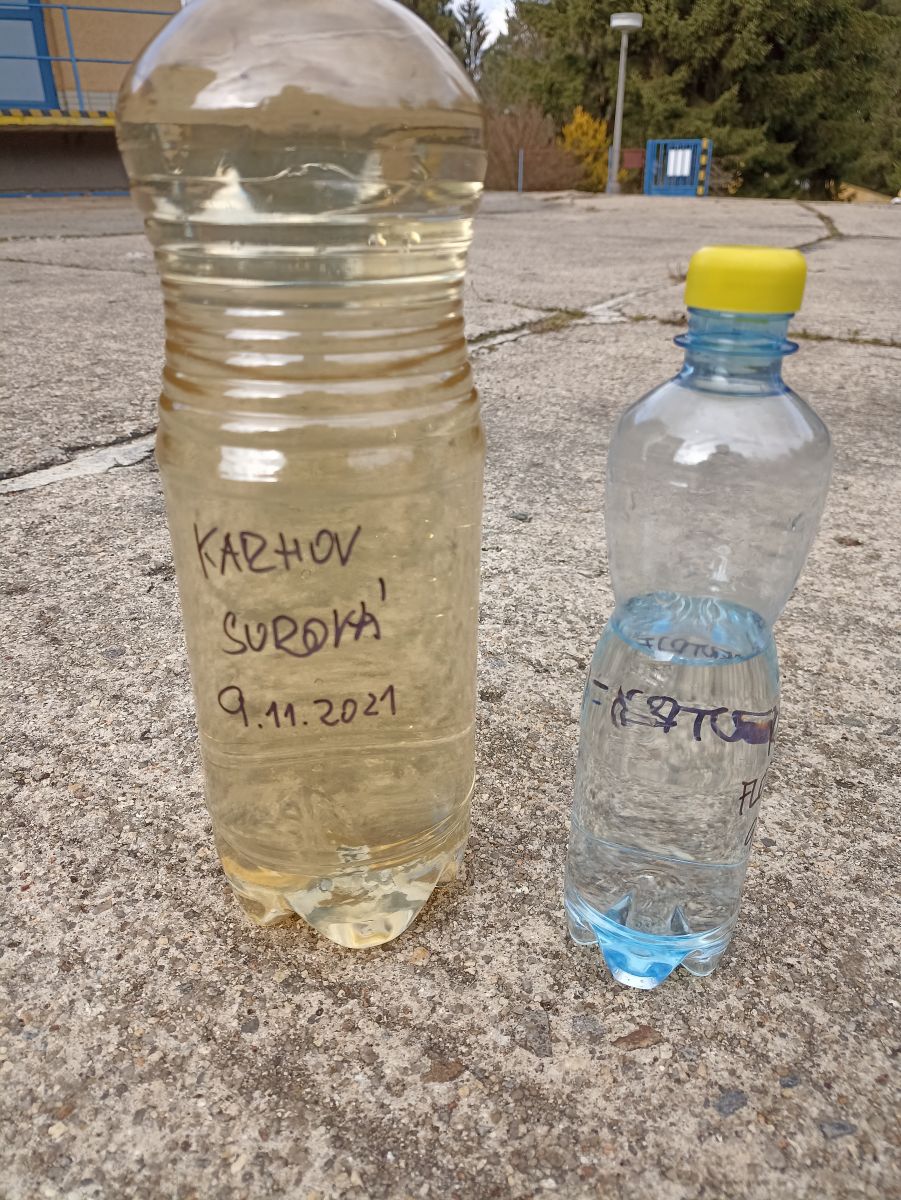 Concentrations of dissolved organic matter (DOM) are increasing in surface waters and the water is becoming more coloured (browning). This poses large challenges for drinking water treatment plants (DWTP) using surface water as raw water sources. This project is building on insights gained from a previous Nordic project (NOMiNOR) on browning of waters and its impact on water treatment. The project proposal applies those insights to a case study in the Czech Republic and at the same time contextualises and enhances our knowledge on the topic.

Thus, the two main objectives of the DWARF project are to:
1) Strengthen the conceptual understanding of the link between governing factors on the amount and characteristics of DOM in raw water sources for drinking water plants, and
2) Increase levels of knowledge and competence on DOM treatability, optimum DOM removal in water treatment and DOM control during water treatment and distribution.

To achieve these objectives, we need to unravel the concurrent governing factors for temporal and spatial differences between the amount and physicochemical characteristics of the raw water. This will be achieved through multivariate statistical analysis comparing climate and catchment information with data of water chemistry and DOM characteristics from monitoring and comprehensive characterization of raw and treated water samples. Main catchment characteristics are vegetation, land use, geology and soil type/morphology. Raw water samples from surface waters used for preparation of drinking water will be collected during winter, spring, summer and autumn periods, as well as during episodes of different flow regimes.

Forest disturbances influence water quantities and qualities in catchments, but these disturbances cannot be easily measured and quantified directly. The two main options are direct tree counting and the use of satellite images, from which forest disturbance indices are calculated. The problem with the first option is that it is time consuming. To overcome this problem, we used a catchment-scale infrared (IR) index for a Picea abies mountain forest catchment, validated by tree counting, as a predictor in regression modeling to assess the water chemical property response to disturbances. This enabled us to quantify the time delay with which chemical compounds in surface waters reacted to disturbances. The results showed that there was an insignificant correlation between dissolved organic carbon (DOC) concentration and the disturbance index from the same year that the disturbance occurred (R2 = 0.02; p = 0.27), but correlations gradually improved and became more significant, with correlations after a 6-year delay being strongest (R2 = 0.69; p ≤ 0.001). The significant time delays with which other compounds responded to the disturbance ranged from 0 years (NO3-N, total nitrogen, Ca2+, Mg2+, labile aluminium) to 5 years (total organic nitrogen). Our results suggest the potential use of such an index for predicting water quality changes in disturbed areas of Picea abies mountain forests. 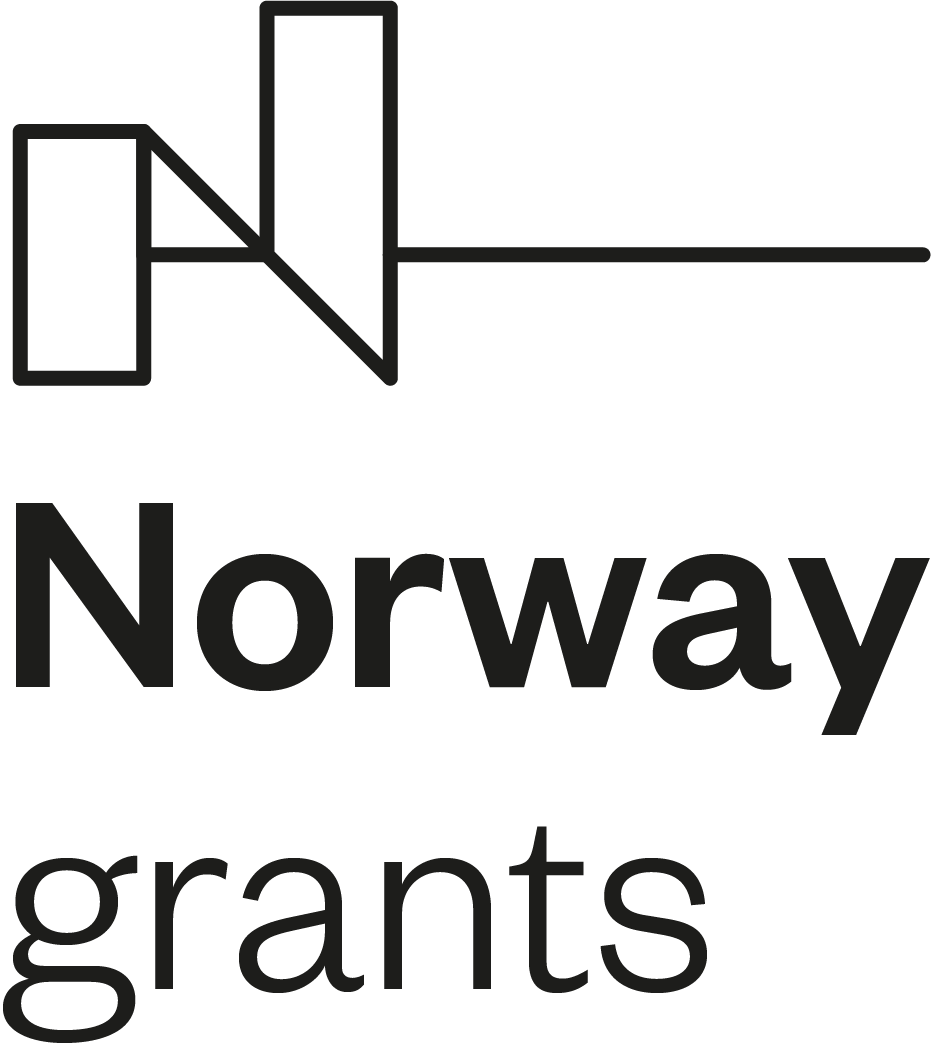 Photos from the project realization 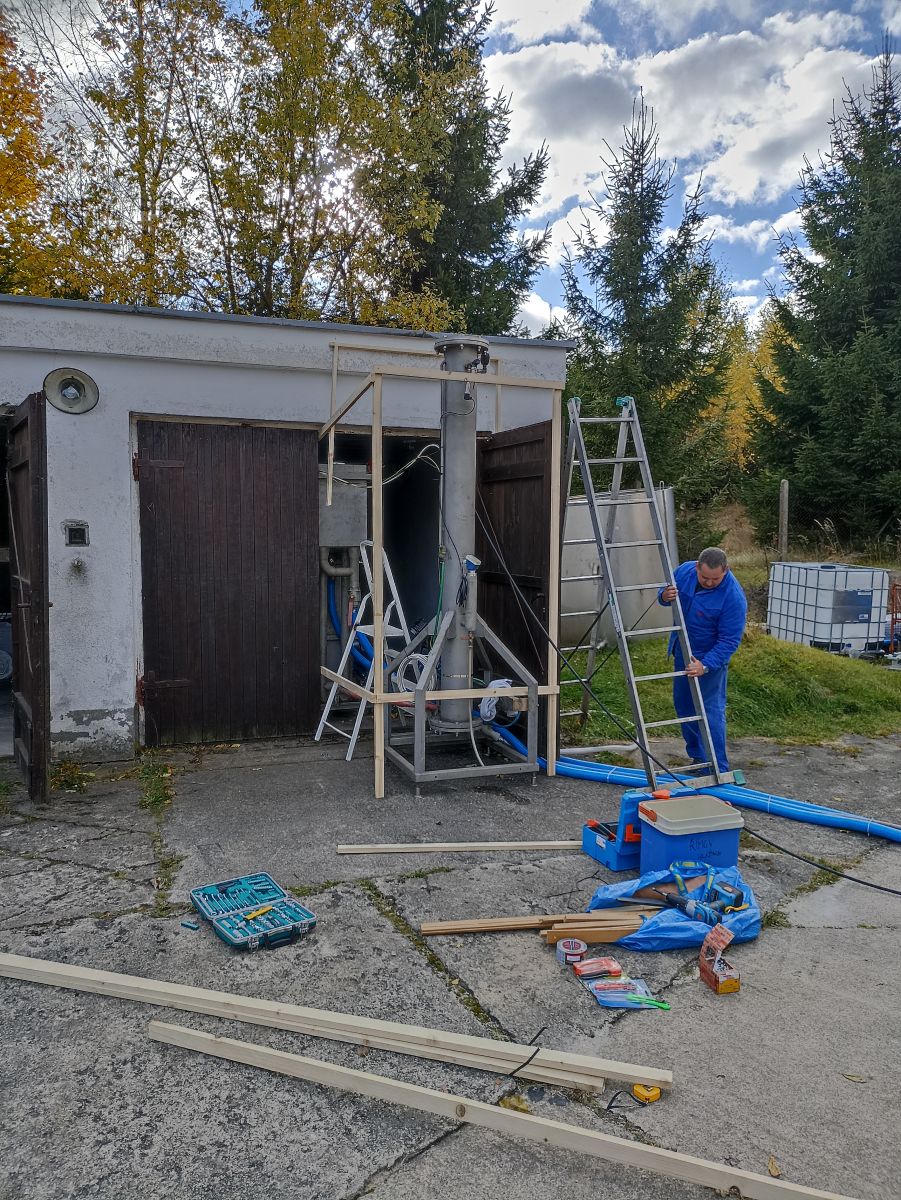 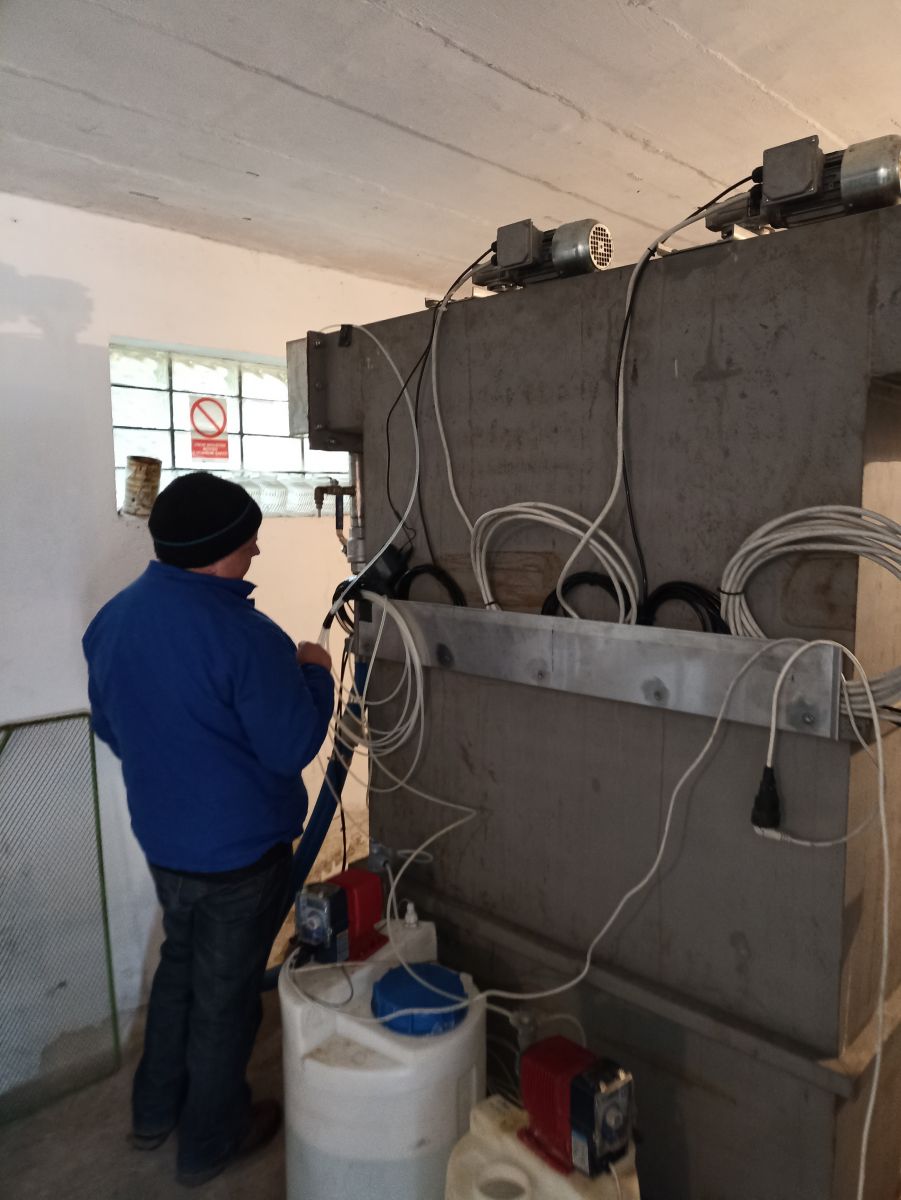 Floataion - dosing of chemicals and mixing. 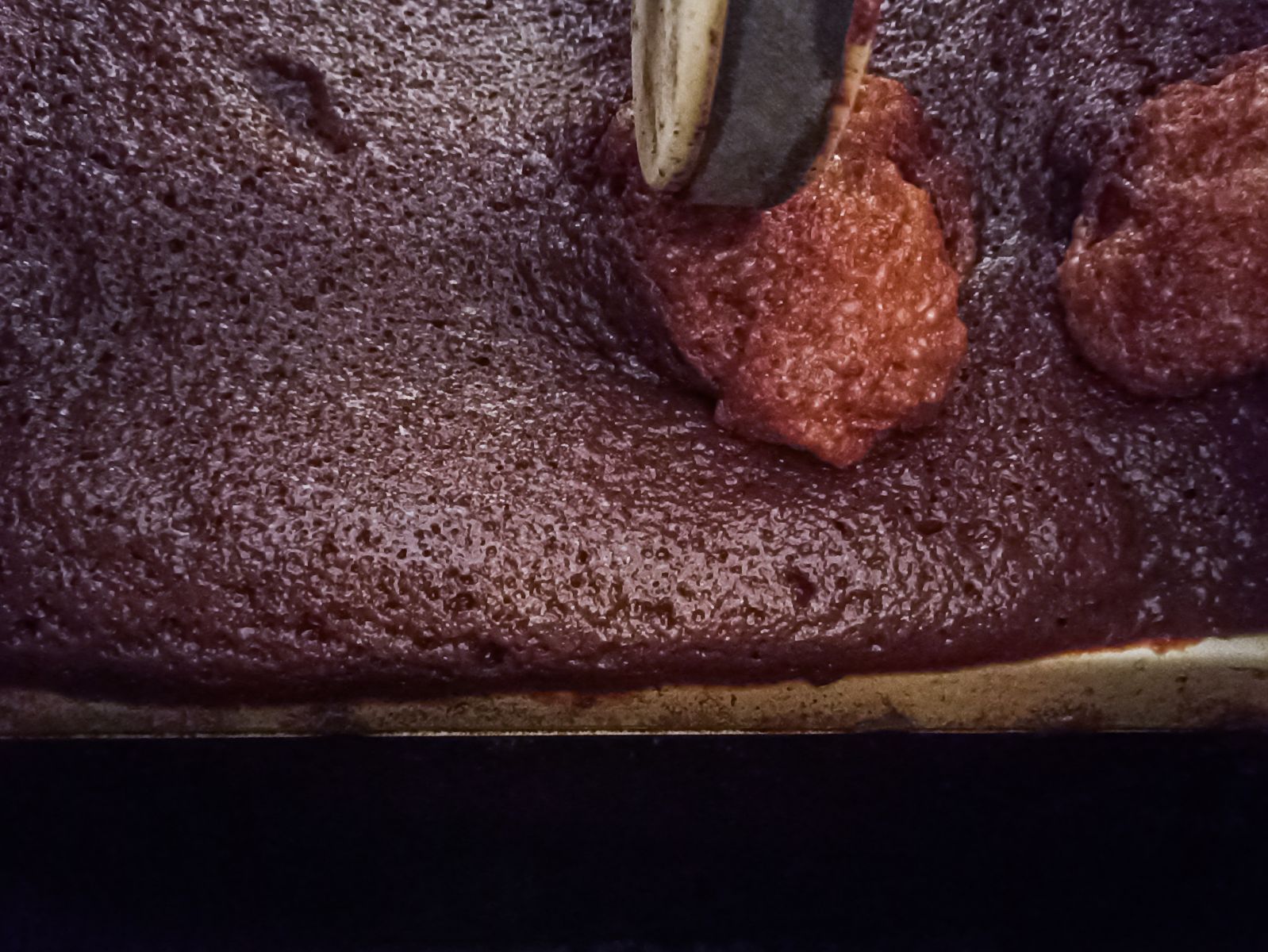