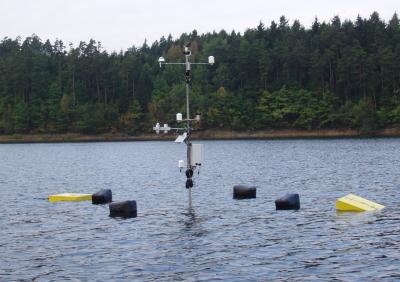 Oxygen levels in the world’s temperate freshwater lakes are declining rapidly – faster than in the oceans— a trend driven largely by climate change that threatens freshwater biodiversity and drinking water quality. Hydrochemist Josef Hejzlar from the Biology Centre CAS was involved in the research analyzing the dataset from the Czech reservoirs and lakes, which showed that in Central Europe, represented by the Czech Republic, changes are even more pronounced than in other parts of the world.

Research published today in Nature found that oxygen levels in surveyed lakes across the temperate zone have declined 6 percent at the surface and 19 percent in deep waters since 1980. Meanwhile, in a large subset of mostly nutrient-polluted lakes, surface oxygen levels increased as water temperatures crossed a threshold favoring cyanobacteria, which can create toxins when they flourish in the form of harmful algal blooms. “All complex life depends on oxygen. It’s the support system for aquatic food webs. And when you start losing oxygen, you have the potential to lose species,” said Kevin Rose, author and professor at Rensselaer Polytechnic Institute. Lakes are losing oxygen 3-9 times faster than the oceans, a decline that will have impacts throughout the ecosystem.

Researchers analyzed a combined total of over 45,000 dissolved oxygen and temperature profiles collected since 1941 from nearly 400 lakes around the globe. Most long-term records were collected in the temperate zone, which spans 23 to 66 degrees north and south latitude. In addition to biodiversity, the concentration of dissolved oxygen in aquatic ecosystems influences greenhouse gas emissions, nutrient biogeochemistry, and ultimately, human health. 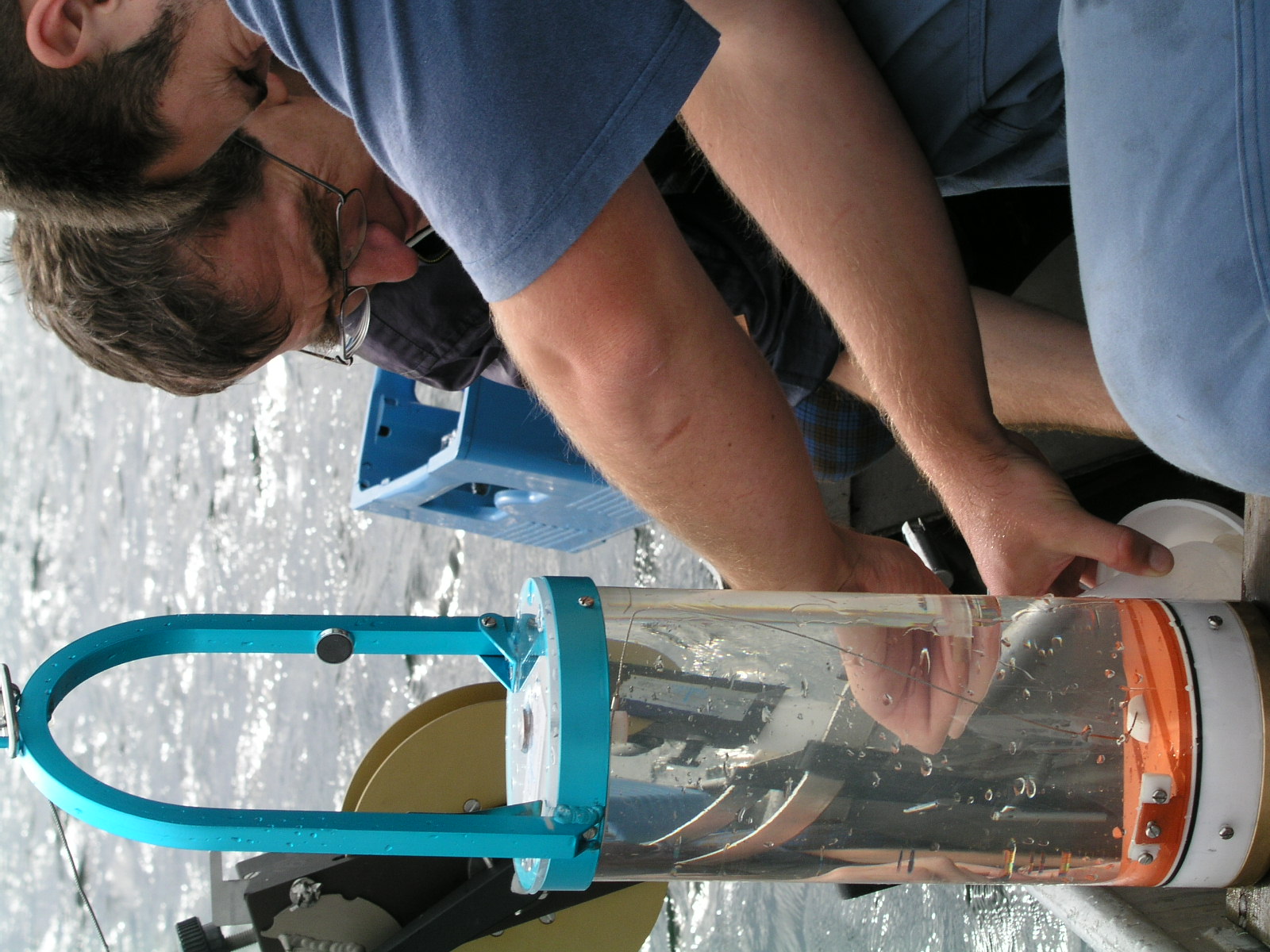 Sampling in the Římov reservoir in the Czech Republic. Photo: Jindřich Duras

Czech hydrobiologists contributed long-term records from the Římov reservoir in the České Budějovice region, which has been regularly monitored since its filling in 1979. "Since that time, the water in the Římov reservoir has warmed by 2 degrees, which is at least one degree more than the average temperature rise in the world's lakes. It is caused by a change in atmospheric flow over Central Europe," explained Josef Hejzlar from the Institute of Hydrobiology of the Biology Centre CAS. Decreases in oxygen dissolved in water are also significant. At the end of summer the extent of oxygen-free zones in the deep layers has doubled since the last 30 years.

Although lakes make up only about 3 percent of Earth’s land surface, they contain a disproportionate concentration of the planet’s biodiversity. Lead author Stephen F. Jane, who completed his PhD with Rose, said the changes are concerning both for their potential impact on freshwater ecosystems and for what they suggest about environmental change in general. “Lakes are indicators or ‘sentinels’ of environmental change and potential threats to the environment because they respond to signals from the surrounding landscape and atmosphere. We found that these disproportionally more biodiverse systems are changing rapidly, indicating the extent to which ongoing atmospheric changes have already impacted ecosystems,” Jane said.

Although widespread losses in dissolved oxygen across the studied lakes are linked to climate change, the path between warming climate and changing fresh water oxygen levels is driven by different mechanisms between surface and deep waters.

Deoxygenation of surface waters was mostly driven by the most direct path: physics. As surface water temperatures increased by 0.38 degrees Centigrade per decade, surface water dissolved oxygen concentrations declined by 0.11 milligrams per liter per decade. “Oxygen saturation, or the amount of oxygen that water can hold, goes down as temperatures go up. That’s a known physical relationship and it explains most of the trend in surface oxygen that we see,” said Rose. 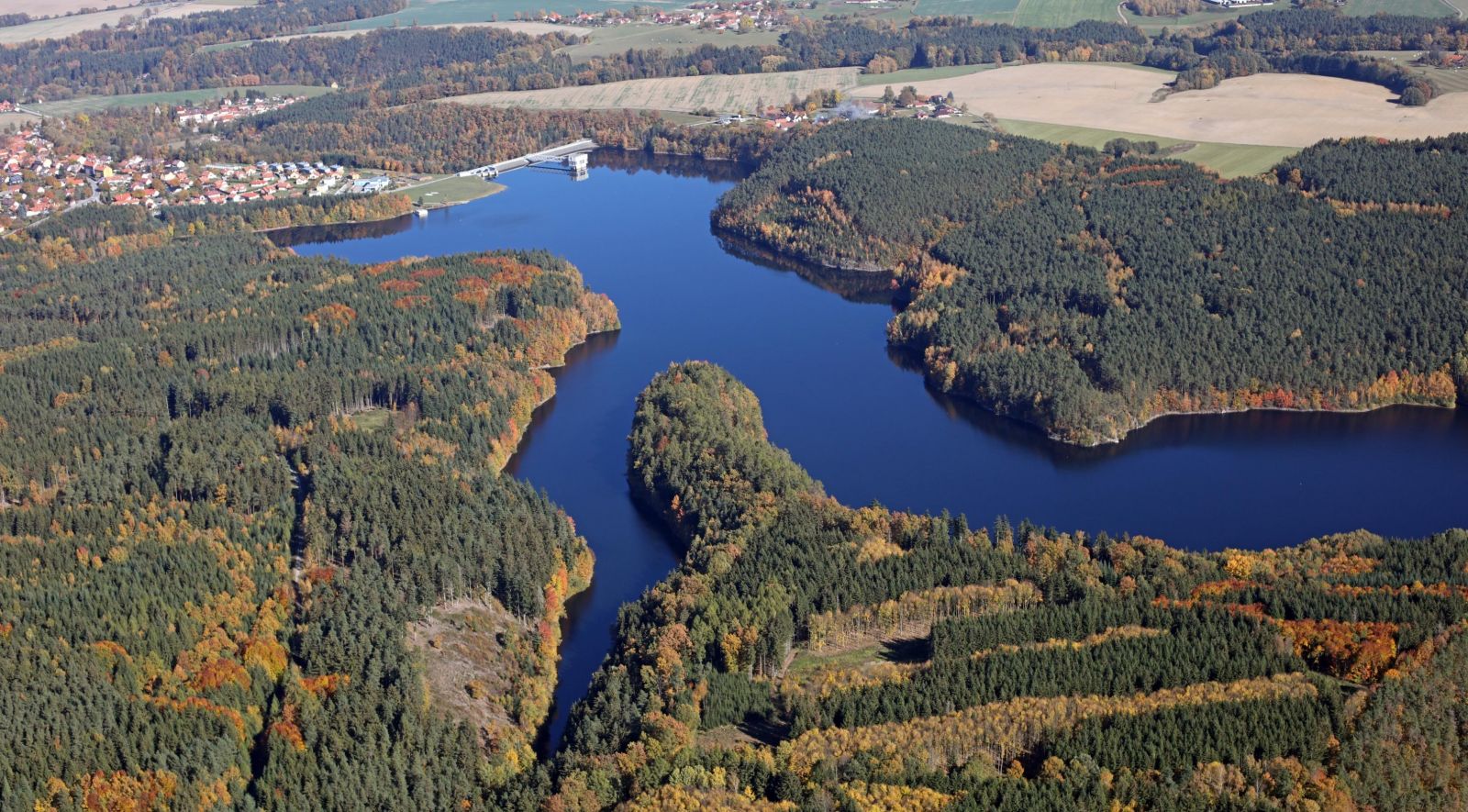 However, some lakes experienced simultaneously increasing dissolved oxygen concentrations and warming temperatures. These lakes tended to be more polluted with nutrient-rich runoff from agricultural and developed watersheds and have high chlorophyll concentrations. Although the study did not include phytoplankton taxonomic measurements, warm temperatures and elevated nutrient content favor cyanobacteria blooms, whose photosynthesis is known to cause dissolved oxygen supersaturation in surface waters. “The fact that we’re seeing increasing dissolved oxygen in those types of lakes is potentially an indicator of widespread increases in algal blooms, some of which produce toxins and are harmful. Absent taxonomic data however, we can’t say that definitively, but nothing else we’re aware of can explain this pattern,” Rose said.

The loss of oxygen in deeper waters, where water temperatures have remained largely stable, follows a more complex path most likely tied to increasing surface water temperatures and a longer warm period each year. Warming surface waters combined with stable deep-water temperatures means that the difference in density between these layers, known as “stratification” is increasing. The stronger this stratification, the less likely that mixing will occur between layers. The result is that oxygen in deep waters is less likely to get replenished during the warm stratified season, as oxygenation usually comes from processes that occur near the water surface.

Oxygen concentrations regulate many other characteristics of water quality. When oxygen levels decline, bacteria that thrive in environments without oxygen, such as those that produce the powerful greenhouse gas methane, begin to proliferate. This suggests the potential that lakes are releasing increased amounts of methane to the atmosphere as a result of oxygen loss. Additionally, sediments release more phosphorous under low oxygen conditions, adding nutrients to already stressed waters.

The research team was joined by dozens of collaborators in GLEON, the Global Lake Ecological Observatory Network, and based in universities, environmental consulting firms, and government agencies around the world.