Why are males arriving so early and females so late? Meeting the mating partners at the right spot and time is crucial for the reproduction. Energy costs of spawning migration and stay at the spawning grounds are often important to consider. On the other hand, earlier male arrival compared to when females arrive may increase mating opportunities in competitive reproductive systems.

We tracked by passive telemetry spawning migration of 351 asp (Leuciscus aspius) to test whether males time their arrival at spawning grounds relative to arrival of females. Males arrived approximately five days earlier on average and left four to five days later than females. Furthermore, males invested approximately three times as much time to spawning as females and were twice as active. The high mating competition for females caused the observed sex-specific differences. 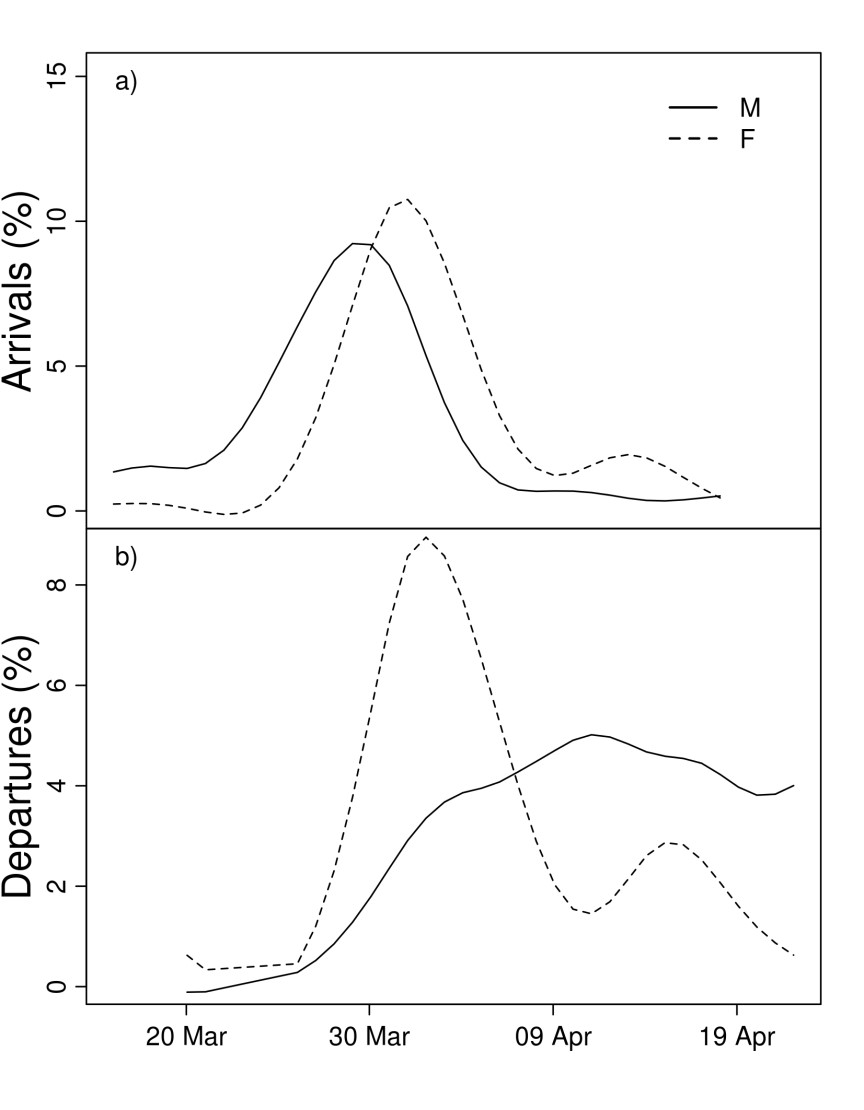 Arrival and departure dates plotted for females (F) and males (M) separately. Lines in panels and represent the percentage of arriving and departing individuals in a given day.